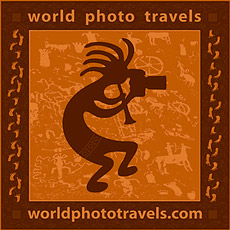 When the good place, good light and good eye find each other - the photo is born.
- Mike Reyfman