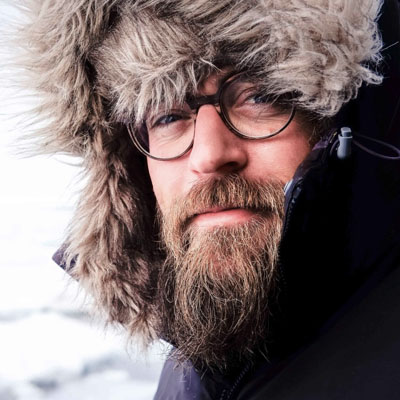 Born in the Belgian Valley of the Leie in 1978, Yves has always had a passion for nature, landscapes, and photography. Yves was biking along the river of his hometown with a camera, looking for rare birds and beautiful scenery from early on in his childhood.

The force of nature never ceases to amaze and inspire him. After studying landscape architecture, Yves spent many years in different nature associations. He researched how nature works, guided groups to share his knowledge, and organized camps for kids.

Yves has been working on his skills as a photographer for more than 25 years. It has led him to travel all over the continents, in search of the most beautiful places and the wildest parts of nature. With his pictures, Yves shares that beauty with us. As an Expedition Leader and Photographer, he will help us to discover and photograph the marvel of nature. 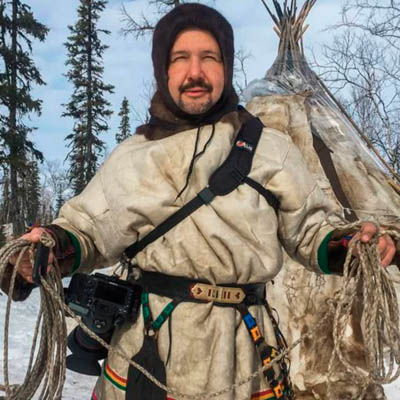 Dmitry is an award-winning professional wildlife and landscape photographer and polar guide. He was born in Moscow, Russia and has loved photography since his childhood. Being a physicist by training, he started working at Russian space science program, then he established a well-known IT company. Dmitry traveled and photographed 115 countries so far. His five personal photo exhibitions attracted more than a million people.

In the USA: MPSA - Master Photographic Society of America 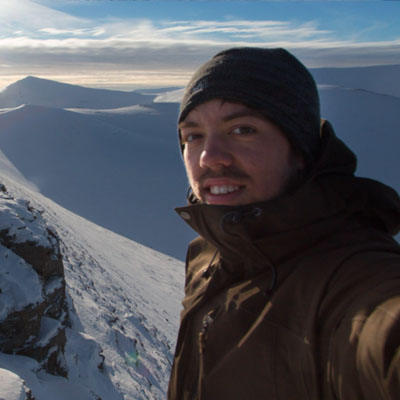 Pieter-Jan graduated as a biologist with a specialization in Biodiversity and Ecology at the University of Ghent, Belgium. His passion for wildlife started from a very young age when he spent lots and lots of time in nature all thanks to his dad who shares the same interests. The photography part started only from an age of 11 when the first digital camera came into the house. As Dorothea Lange once said: “ A camera is just a tool for learning how to see without a camera” is definitely true: a whole new world opened up for him, and this developed into a serious hobby and later, a professional occupation.

Apart from that, Pieter-Jan loves to share the knowledge and experience he assembled over the years, so he started working as a nature guide in remote and sometimes extreme environments. 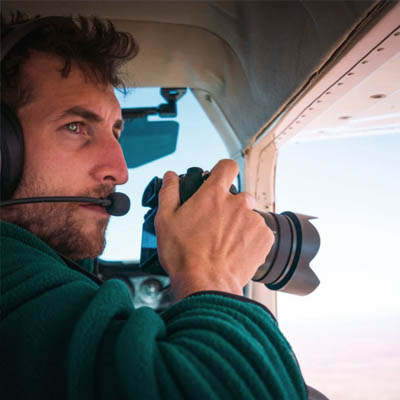 Born and raised in Italy, Marco Grassi is a self-taught, award-winning photographer focused on landscape photography as well as an avid adventurer and experienced photo educator, leading workshops all over the world to share his vision, knowledge and approach with others.

He's traveled the world extensively to capture the beauty around him, driven by his interest in pristine landscapes and remote destinations which has led him to some of the most incredible places on Earth.

His pictures, mainly focused on nature, evoke a sense of mightiness and highlight the power behind everything that surrounds us, from giant mountains to vast desert areas.

Marco's work has been published and rewarded worldwide in a large variety of media outlets, such as the National Geographic, CNN, The Telegraph, BBC and GEO Magazine. 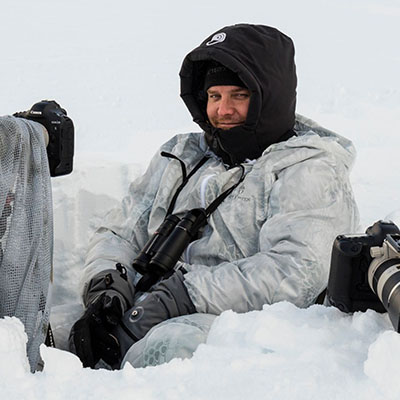 His photography has also been exhibited at Montsalvat Art Gallery, purchased by City Councils, as well as private collectors around the world. His photography has won both Gold and Silver with Distinction awards at the prestigious Australian Professional Photography Awards (APPA) as well as winning other internationally acclaimed awards such as the World Extreme Environment People's Choice Award. His work has also been published in numerous magazines and journals, including B&W + Color, National Geographic, Canadian Geographic, F11 Magazine, The Australian Photography, and Gallery Compendium, Wild, Australian Photography, Better Photography, Better Pictures, Wildlife Photographic, and the highly respected Silvershotz Journal.

Joshua is officially represented by Philip Kulpa and the Source Photographica Gallery in Australia and Aspen USA. 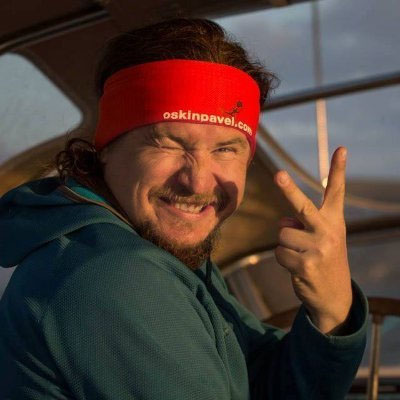 Pavel is a Prague-based photographer with a specialization in landscape and nude.

Born in Belarus, and educated in Russia, Pavel developed a deep interest in photography more than twenty years ago. He was specializing in portraits, fashion, and nude till 2008, and had numerous publications and exhibitions in Russia. In 2008 Pavel moved to Prague, Czech Republic, began to travel a lot, and became interested in landscape photography. Since 2011 Pavel has been organizing master classes and photo tours all over the world, including Iceland, New Zealand, Bolivia, Scotland, Norway, Italy, Greece, and many others. His works have been published in numerous magazines including “National Geographic Traveler.” Pavel Oskin owns a big photo studio in Prague and since 2016 he organizes a Prague-based annual photography festival “Prague Take Away.” 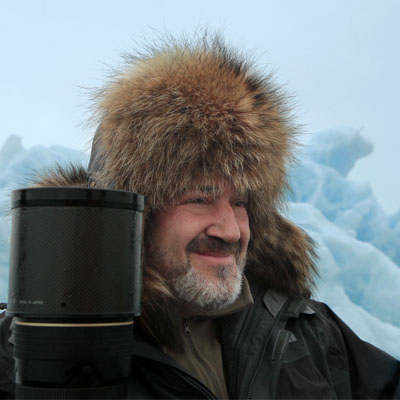 Mike is a renowned landscape and nature photographer.

His photographs won top awards in the most prestigious international photography competitions and have been used extensively worldwide in calendars, books, magazines, and the advertising industry. He has written numerous articles on travel and landscape photography and has been teaching photography for many years.

He has experience as a photography competition judge and worked as a jury member at World Photo Awards, Global Arctic Awards, and Patagonia Photo Awards.

Mike is the founder of WORLDPHOTOTRAVELS.COM and runs photographic workshops and expeditions to the most beautiful and unique places of the globe with a distinct bend to the Polar and sub-Polar regions. 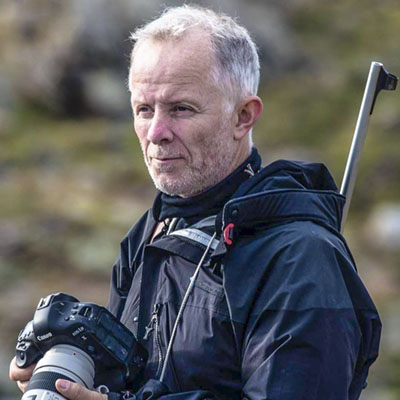 Svein started wildlife photography more than 25 years ago and has spent more time with wildlife in the north than most people could ever dream of.

Arctic adventures and encounters with polar bears, walruses, arctic foxes and other animals in Svalbard have given him unique experiences, which he is only too happy to share with you. Having worked for many years photographing brown bears, wolves, wolverines and other Scandinavian creatures, Svein is one of the best-known wildlife photographers in Norway.

Together with his photography knowledge, Svein has loved to hike and spend time outdoors since he learned to walk 54 years ago. He was a hunter and a competitive rifle shooter for many years. These skills give him the confidence to handle the risk from polar bears in Svalbard, not because he knows how to shoot, but because he knows how not to shoot a polar bear, and instead scare it away to avoid conflicts.

Svein has published three books and countless articles about wildlife and nature throughout the years. 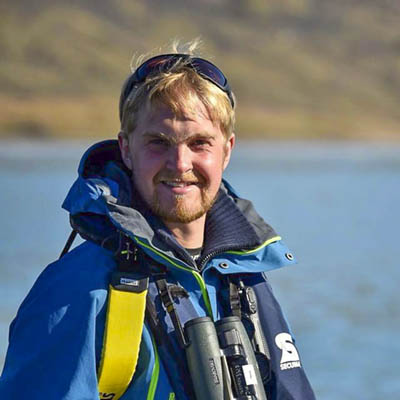 Jens was born in 1990 in Göteborg, Sweden. He was educated in Sweden, at Skärehamn “seaman” university. Since an early age he have been travelling the world and have, despite his young age, been fortunate to visit plenty of exciting places around the globe.

Arctic adventures is a part of Jens life and he have worked in the Polar Regions since 2011 first as AB/Guide and then as a full time guide since 2014. Passion about wildlife photography and travel have also been a birdwatcher since childhood. He have worked all over the Arctic and not only Svalbard but also Greenland and The Canadian Arctic as well as several seasons in the Antarctic.